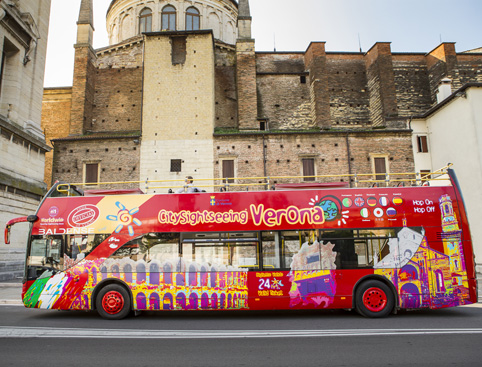 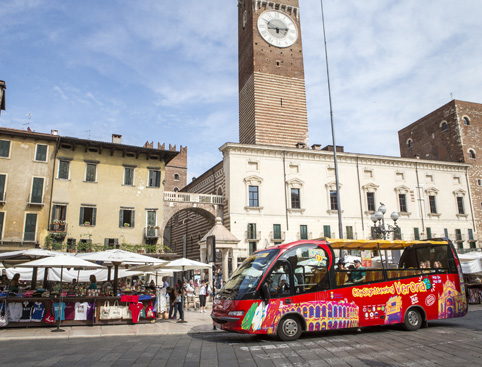 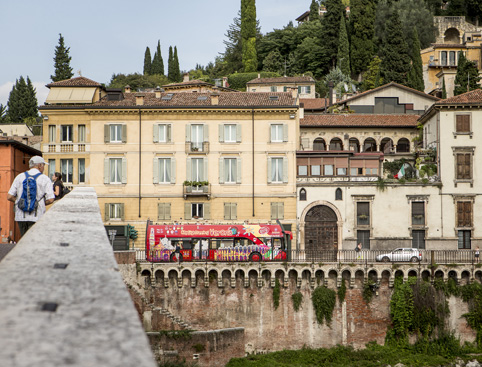 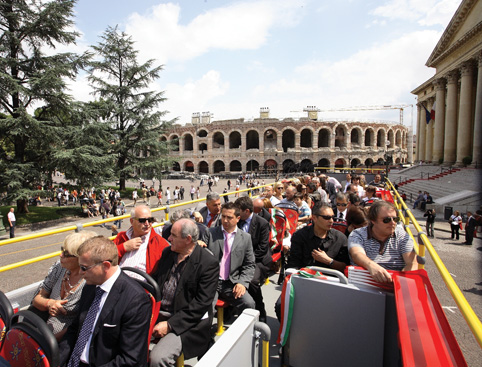 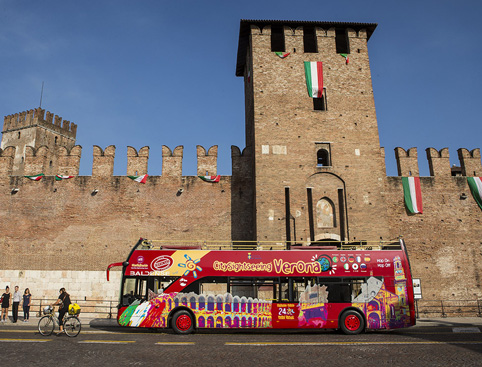 Well known as the setting for the story of Romeo and Juliet, historic Verona Italy is a tangle of its storied past and modern industry. One of the most powerful cities during the early rule of the Roman Empire, the old city of Verona is one of the best-preserved sections in the country. It is one of the main tourist destinations in northern Italy, thanks to its artistic heritage, several annual fairs, shows, and operas, such as the lyrical season in the Arena, the ancient amphitheatre built by the Romans. Let City Sightseeing Verona highlight all the things to do and see in the city during your stay, with two tour routes to travel on and a ticket valid for 24 hours!