Pompeii and Vesuvius from Sorrento 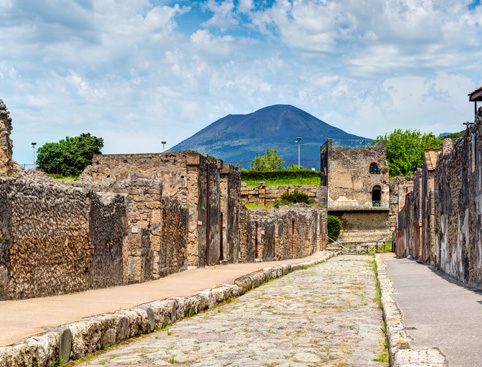 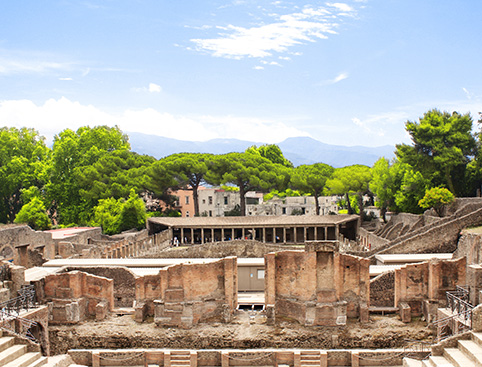 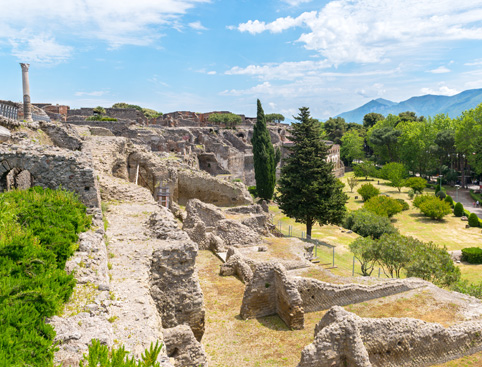 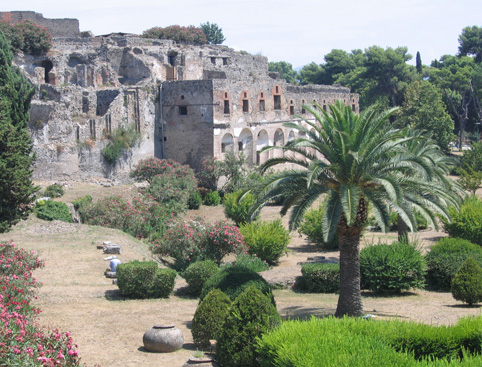 If you are visiting Sorrento, don’t miss this must-do tour which takes you to the centuries-old city of Pompeii, forever frozen in time, and formidable Mount Vesuvius - the only active volcano in mainland Europe!

Pompeii holds an intense fascination for visitors today. Following the eruption of the Volcano Mount Vesuvius in the year 79 AD, Pompeii lay buried and forgotten for hundreds of years.

The Town is high on the list of Wonders of the World and the excavations which began in the 18th Century are still being carried out today. Our guide will take you slowly through some of the ancient streets of Pompeii where you can see Baths, Forums and Villas built by the prosperous Romans in the year 80 BC. Marvel at the fabulously preserved Frescoes which adorned the walls and floors of the Villas. Even if your interests do not lie in the history, this is an archaeological site you cannot fail to be impressed.

At the end of the visit we will move to Mount Vesuvius dominating the Bay of Naples. It is the only active volcano on the mainland of Europe. The slopes were once covered with vineyards and woods and provided an innocent looking backdrop for the bustling town below. The coach will take you to within 1.000 metres of the top of Vesuvio and from here you can walk to the very top and admire the splendid panoramic views across the bay. From the blackened crater rises a single plume of smoke, a reminder that the volcano is only sleeping for now...

Entrance tickets in Pompeii's Ruins, Vesuvius and lunch NOT included in tour price, payment on the spot.

Sometimes certain areas may not be available to visit due to closure for renovation work. The guide will inform the exact itinerary during the tour. We suggest to wear comfortable shoes to climb to the crater.